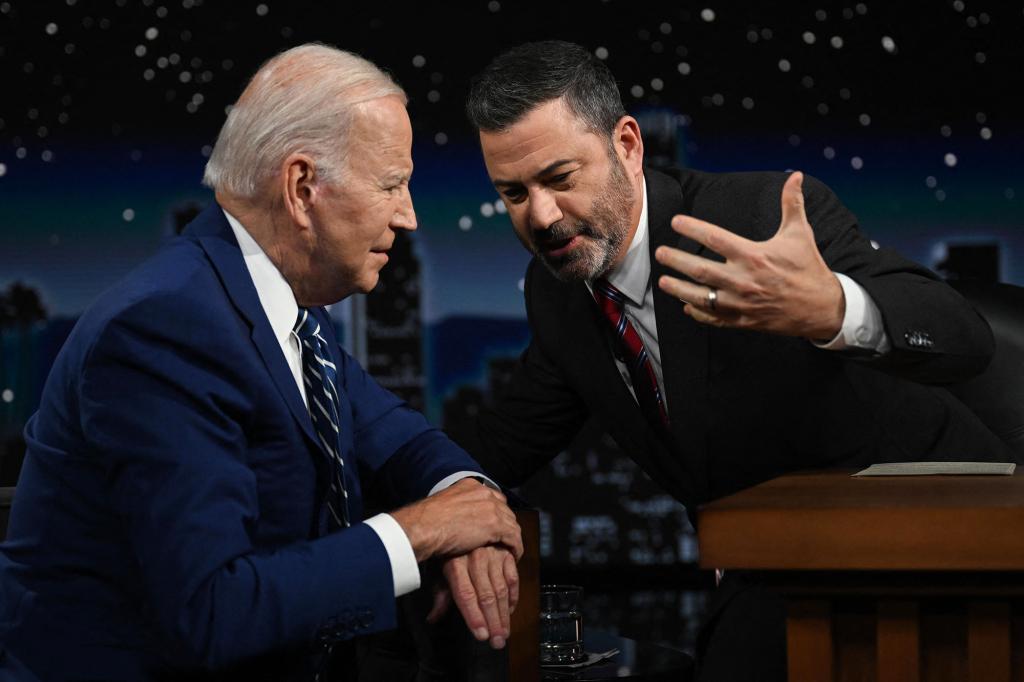 Kimmel asked why no real action has been taken on gun violence. Biden’s answer? “Intimidation by the NRA.”

His party controls the executive branch and Congress — why is he crying about the National Rifle Association? It’s his job, as the leader of the free world, to put on his big-boy pants and go after his policy objectives.

Indeed: why not use executive orders on the issue, as Kimmel suggested?

Ah, that’s because Biden “doesn’t want to emulate Trump’s abuse of his constitutional authority.” And because doing what Republicans do puts “our democracy in jeopardy.”

The only trouble being that Biden has already beaten Trump’s annual average of such orders issued, a year in — by almost 22%. An obvious clumsy lie, meant to deflect responsibility. (He also “joked” about sending his political opponents to jail in almost the same breath.)

On climate and energy, Biden claimed to have made progress when in fact he’s done the reverse. By shackling domestic production, he’s left us needing oil from far-less-clean producers around the world. And he repeated the nonsense that sky-high energy costs are an “opportunity” for Americans to move to electric vehicles.

He spouted his usual economic bull, too, citing the phantom “8.6 million new jobs” he’s allegedly added to the economy — in fact pandemic-killed jobs slowly recovering (indeed, far more slowly than under Trump) to leave us still a bit shy of where we were pre-pandemic.

And he shopped again his absurd claim that his piddling efforts to lower the price of insulin will help families paying a crushing $5,000 more per year for basic necessities, thanks to the inflation he’s overseen.

But it’s not his fault (of course) Americans are unhappy with his performance. It’s their fault for being so thickheaded. “There’s a lot of major things we’ve done, but what we haven’t done is we haven’t been able to communicate it in a way that is . . . uh . . . um . . .”

The president trailed off there. Almost as if he can no longer pretend to believe his own hot air.

If so, he’s finally come around to one position that (as his cellar-bottom approval numbers show) most Americans also hold.