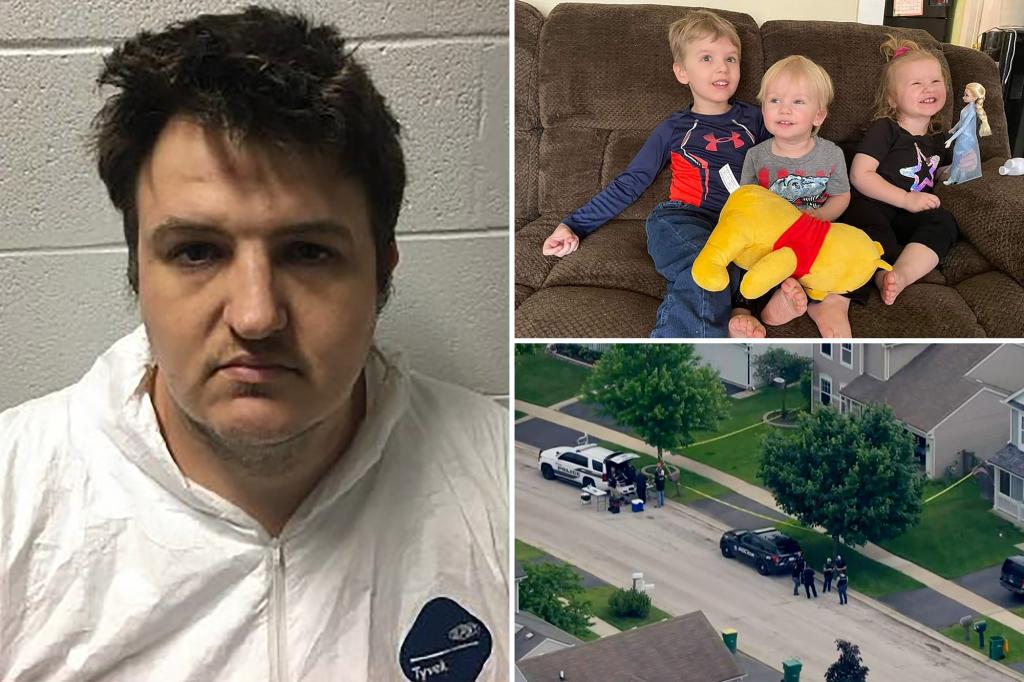 An Illinois dad accused of drowning his three children in a bathtub left a note for his estranged wife, saying, “If I can’t have them neither can you,” prosecutors revealed.

The note was brought up during a bond hearing Wednesday for 35-year-old Jason Karels, who is being held on three counts of first-degree murder for the drowning deaths of his kids, Bryant, 5, Cassidy, 3, and 2-year-old Gideon.

The three siblings were found dead at Karels’ home in the Chicago suburb of Round Lake Beach Monday.

Officers discovered the note after they were sent to the residence to perform a welfare check at the request of the children’s mother, Debra Karels, who was unable to reach her husband.

They also observed Jason’s blood throughout the house after his failed attempts to take his own life, according to prosecutors.

Lake County Judge Theodore Potkonjak set Jason’s bond at $10 million. The Lake County State’s Attorney’s Office will seek to hold Karels without the possibility of cash bond, and that motion will be heard in court July 13, prosecutor Jeff Fackham said.

Jason was arrested after leading police on a chase that ended in a crash at an Interstate 80 bridge in Joliet, Illinois.

After the crash, Karels made statements to police officers indicating he drowned his children in a tub one by one, according to Fackham.

“He also said he attempted to commit suicide several times after the deaths of the children but was unsuccessful during these attempts,” Round Lake Beach Police Chief Gilbert Rivera said, according to ABC 7.

Officials said the Karels couple was estranged and may have been sharing custody of their children. The motive for the crime remains under investigation.

Jason was briefly hospitalized after the crash but has since been released, prosecutors said.

A relative claimed that Jason suffers from mental illness but has been refusing to seek psychiatric help, and Debra was in the process of getting a divorce after allegedly suffering from abuse at his hands.

But the mom-of-three wanted to maintain a relationship with Jason for the sake of their children, and allowed them stay with him.

Debra told The Daily Beast that the last time she spoke with her kids was late Sunday and they seemed “happy.”