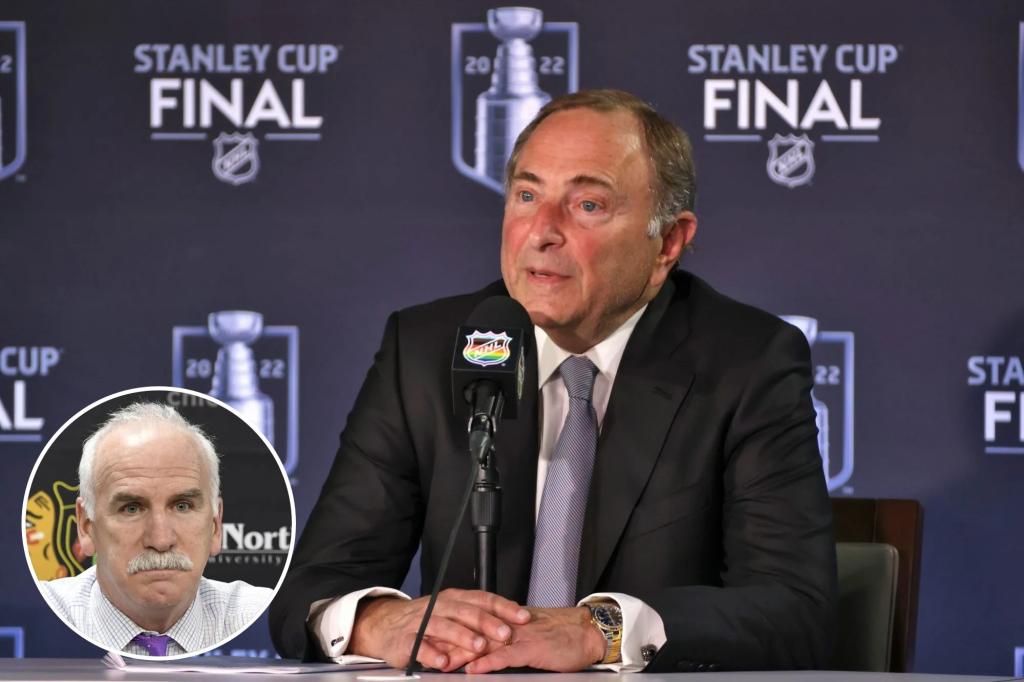 In an interview with ESPN’s Jeremy Schaap Friday, NHL commissioner Gary Bettman said he doesn’t know if Quenneville will make a return to pro hockey.

“That’s something I’ll have to address with him directly,” Bettman told ESPN.

Quenneville was involved in meetings about former Blackhawks video coordinator Brad Aldrich sexually assaulting Beach. But the former Blackhawks coach reportedly said he wanted to focus on winning the Stanley Cup at the time.

The NHL commissioner said Quenneville “let the game down” by mishandling the allegations.

Quenneville, who is the second-winningest coach in NHL history and won a title with the Blackhawks during the time the sexual abuse allegations took place in 2010, said in a statement to TSN that he failed Beach.

Bettman told ESPN that Quenneville could return to working for the NHL, but it would “require a meeting in advance in order to determine the appropriate conditions under which such new employment might take place.”

“[Quenneville] has indicated that he would, at the appropriate time, like to be part of the game again,” Bettman said. “I don’t think this is the time. But we’ll see what happens in the future.”