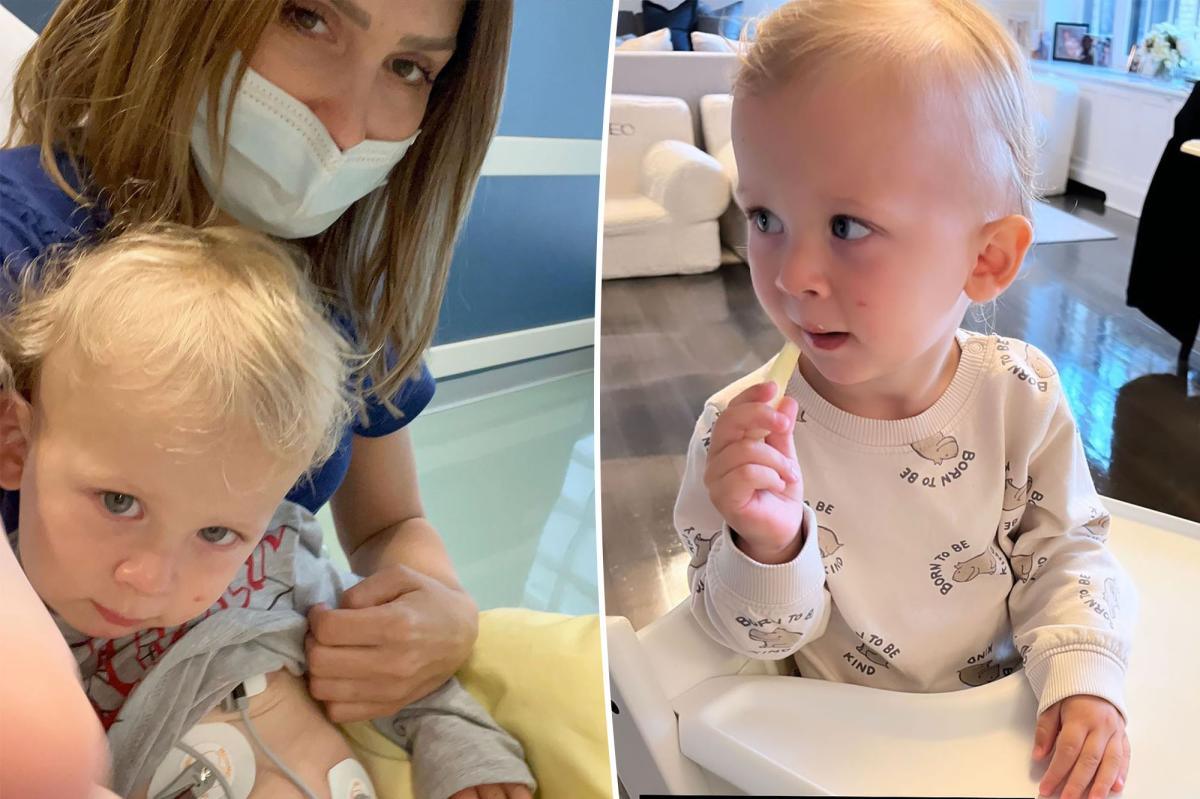 Hilaria Baldwin believes she “may have saved” her son’s life.

“I had to give him an epi pen,” Baldwin, 38, wrote on Instagram alongside a photo of the youngster attached to a monitor in the emergency room.

“I’ve never had to administer it on my own…it was a scary experience. He is ok now and home, but I share with you to remind you that this is a lifesaving tool you may be able to keep around the house.”

The mother of six wrote that Eduardo “was in such distress and I believe it may have saved him today,” calling the EpiPen a “lifesaving tool.”

“I won’t bore you with the long story of rushing him out the door,” she wrote. “Fortunately, when I took this photo, he was back to himself and kicking the phone out of my hand🤣…I, on the other hand, was a spent wreck 🥴.”

Baldwin concluded the caption, “Love you all and be safe.”

The former “Mom Brain” podcast host first revealed her little one had been diagnosed with an allergy in May 2021.

Baldwin — who also shares Carmen, 8, Rafael, 6, Leonardo, 5, Romeo, 4, and Maria Lucia, 1, with Alec Baldwin — described the relatively common diagnosis as “one of those horrible moments a parent dreads.”

“My kids don’t have allergies, so this was a first. Doesn’t matter how many kids you have, there are always moments that shake us, as there is no way we can prepare,” she said at the time.

The scare came less than two months after Eduardo’s big brother Rafael broke his arm playing at a park, requiring his own hospital visit.

Alec, 64, and Hilaria revealed in March that they will welcome yet another bundle of joy this fall.

The couple posted a sweet video to Instagram last month in which they revealed their seventh baby together will be a girl.

“I can’t wait to meet you, my daughter,” Hilaria said in the clip.