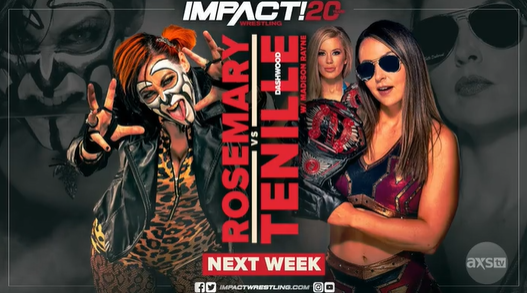 It has been confirmed that Rosemary will take on one-half of the Knockouts World Tag Team Champions Tenille Dashwood next week on the June 9 edition of IMPACT!

On a journey back to the gold, Decay has been trying to earn themselves a shot at the tag titles but Havok‘s loss last week has put them further away from achieving their goal.

In a backstage segment on June 2, the tag champions The Influence approached Rosemary to rub in her partner’s quick defeat last week. After Dashwood and Madison Rayne hyped up Havok to pick up a win she quickly fell to a rising Masha Slamovich last week.

Rayne & Dashwood offered to “help” cheer up Rosemary with make-up but the Demon Assassin didn’t take too kindly to the suggestion. After threatening to bite off their faces, the male members of Decay emerged chasing The Influence away.

Results from the June 2 episode are –

Alisha faced Renee Michelle on this week’s BTI. She put away Michelle with a De-lish neckbreaker to get the pin and the win. Post-match, Slamovich made her way out to the ring and confronted Alisha while handing her an envelope.

Alisha received a photo of herself with a red “X” and was interviewed backstage about it. Unsure of what it meant, Gisele Shaw informed her that it means Slamovich is going to kill her.

As we head closer and closer to Slammiversary and the first Queen of the Mountain match, the returning Mia Yim looked to pick up a big win and momentum against Savannah Evans. This was Yim’s first singles match since rejoining the Knockouts. Deonna Purrazzo joined commentary.

The Knockouts World Champion would interfere and attack Yim but Jordynne Grace would help out Yim and even the odds at ringside. Yim put Evans away with Eat Defeat.

Check back in with Diva Dirt for further news and results from the Knockouts of IMPACT! 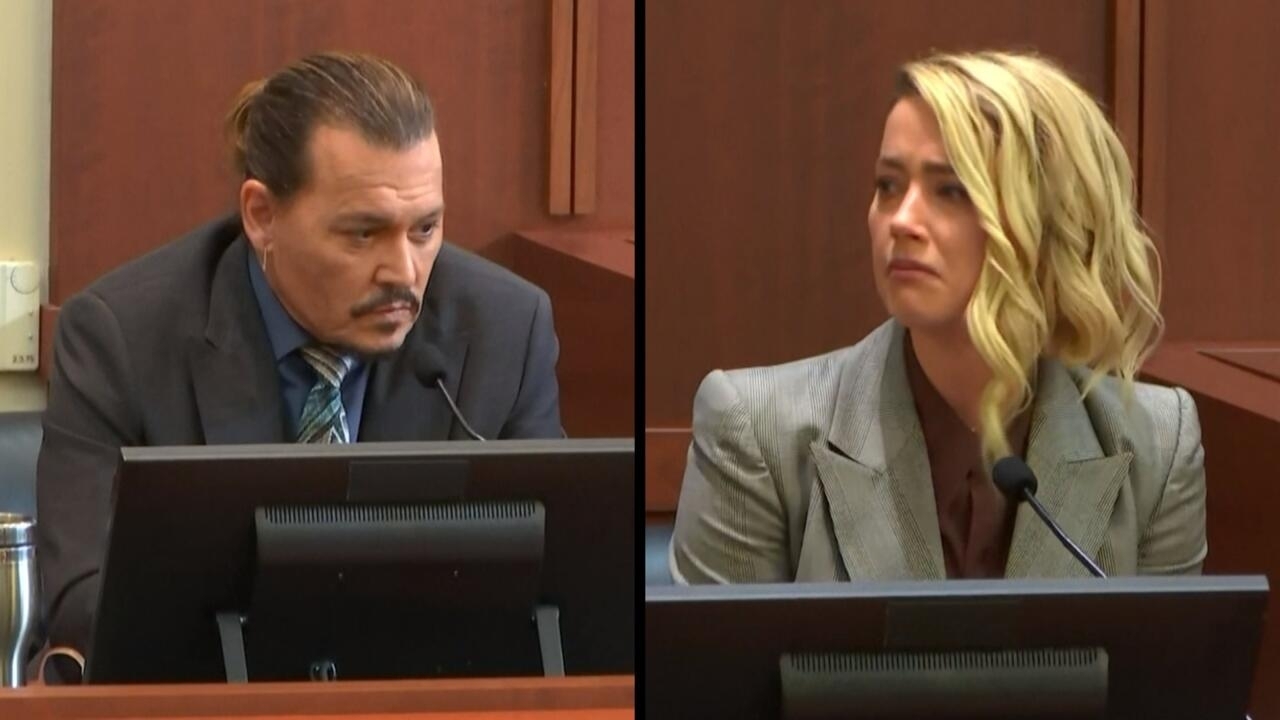 Next post The 51% – Johnny Depp v Amber Heard: What it means for the #MeToo movement