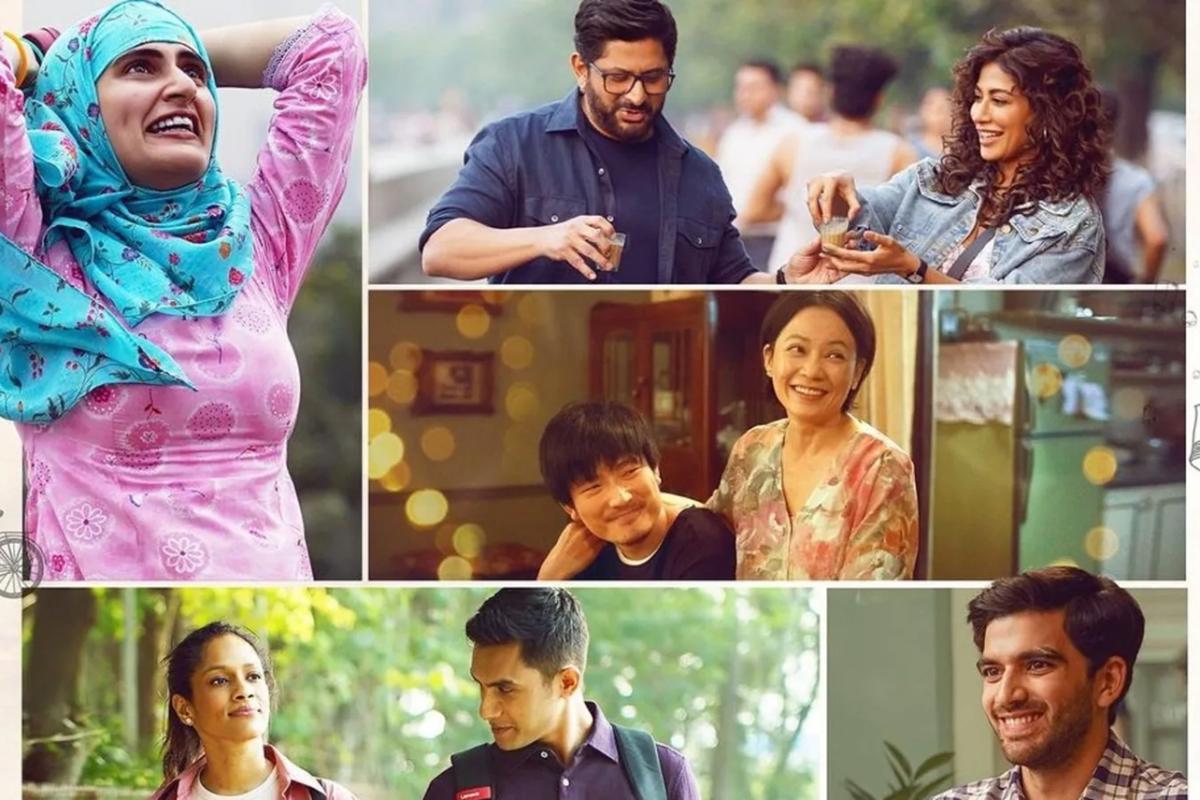 Love is truly a universal language, and stories of love, in all of its forms, can transcend boundaries like geography, language, and time. Amazon’s Modern Love anthology series, adapted from a popular New York Times column, expands its reach to Mumbai as part of a global bid for the franchise — the show will also feature a Japanese adaptation as well as two other Indian language versions. How does the Hindi-language version with a Mumbai backdrop stack up against the original series’s two seasons?

Opening Shot: In “My Beautiful Wrinkles,” a group of older women sit around a table playing cards. One woman sits on the sofa away from the group chatting animatedly on the phone, and the ladies at the table gossip about her phone call.

The Gist: A six-part anthology, Modern Love Mumbai tells modern stories of love in all of its forms using the bustling Indian metropolis as its backdrop. Each 40-minute episode delves into a story of love, whether romantic, familial, self, or otherwise.

Our Take: The success of a show like this centers on the stories it chooses to tell. The American version often faltered in this choice, occasionally opting to tell non-relatable or uninspiring stories, which provided a mixed bag of episodes for uneven seasons.Modern Love Mumbai unquestionably rights this wrong, churning out a tight 6-episode season of vastly different but engaging stories.

It’s easy to lean on the idea that media is responsible for telling untold stories, especially in Indian content, given the country’s extreme and conservative views on certain issues like gay rights and gender norms. But Modern Love Mumbai not only tackles the issues, but gives them heart: An episode about a gay son isn’t focused entirely on the act of coming out, but rather the man’s relationship with his dying grandmother; the vignette about online dating in your 30s shows the real ups and downs of finding love after society deems you too old. It’s incredibly refreshing that none of these episodes touch the topic of arranged marriage, which tends to be the calling card of romantic Indian content, and instead lives up to its name in telling modern love stories with Indian values at the heart.

The talent behind the series is some of Bollywood and Hindi cinema’s best auteurs, including Shonali Bose (Margarita With A Straw) and Vishal Bhardwaj (Omkara). The pedigree is undeniable and with their touch, the stories are rooted in humanity while also challenging us to think about people and lives that we’ve never encountered before. Bhardwaj’s story “Mumbai Dragon” centers on a small sect of Indo-Chinese people who face discrimination in a homogenous society and the pains to which they go to preserve their own culture, and is a relatable story about familial love that also opened my eyes to a sect of people I didn’t know existed.

Anthologies are generally hard to judge or score because of the unrelated nature of the project — one extremely strong chapter could be followed by something that makes little sense. But in the case of Modern Love Mumbai, each story has something unique to say and sheds light on a city that is not only growing and modernizing, but also finding ways to keep its culture intact. Using love as a lens to explore this ever-changing metropolis is slippery and could have easily ended in cliche storytelling choices. That it didn’t is a triumph.

Parting Shot: One of the snooty women from the gossip party at the beginning dances without abandon, a look of genuine happiness on her face.

Sleeper Star: While each story is carried by its own cast, Sarika — who headlines the opening segment “My Beautiful Wrinkles” — conveys the nuances of a sad but stoic woman who struggles to move on after her lover’s death with poise. It’s impossible to look away from the screen when she’s on it.

Most Pilot-y Line: In the installment titled “I Love Thane,” a woman in her 30s struggles to find love, whether online or otherwise. A conversation with her divorced friend leads her to take a leap of faith: “Maybe to live life through love is the only way to experience it.”

Our Call: STREAM IT. The Hindi-language version of the series taps into universal but unique stories, and finds more focal points of connection than its American counterpart.

Radhika Menon (@menonrad) is a TV-obsessed writer based in Los Angeles. Her work has appeared on Vulture, Teen Vogue, Paste Magazine, and more. At any given moment, she can ruminate at length over Friday Night Lights, the University of Michigan, and the perfect slice of pizza. You may call her Rad.