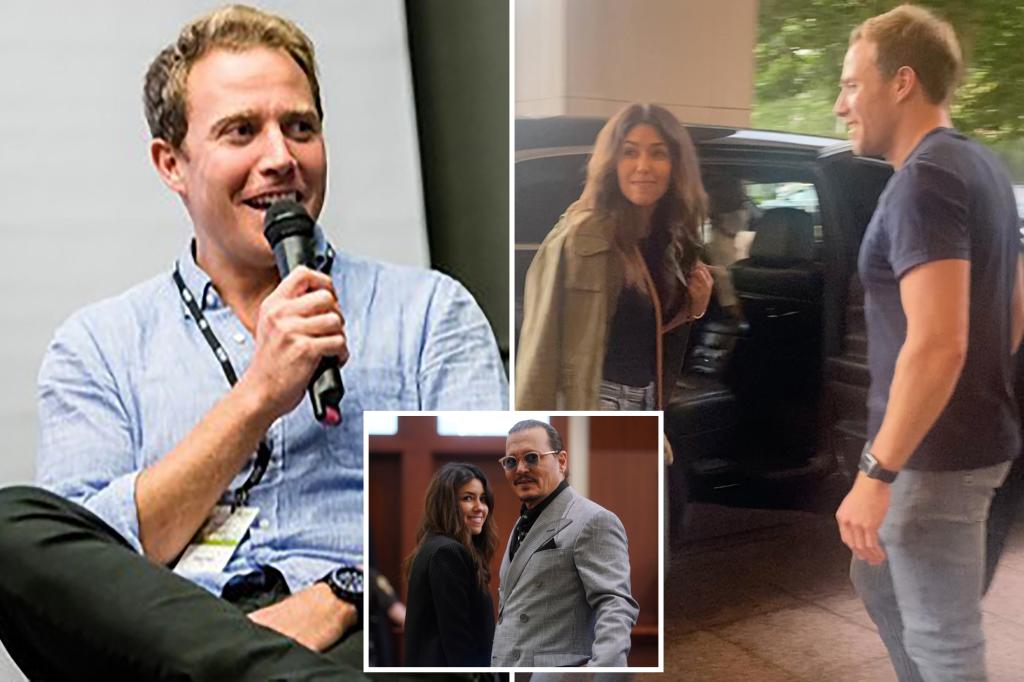 Johnny Depp’s lawyer may be the hottest Hollywood star at the moment, but her boyfriend Edward Owen, 38, knew she was special before the limelight.

Camille Vasquez, 37, has become a household name as one of Depp’s 58, lead lawyers who helped him win his $50 million defamation lawsuit against ex-wife Amber Heard, 36.

She caught audiences’ attention during Heard’s cutthroat cross-examination, often sparring with the actress on the stand. One fan admired the lawyer so much that she even tattooed an outline of Vasquez onto herself.

The successful attorney also made headlines as people questioned the terms of her relationship with Depp with some speculating that the two had begun a romance during the trial.

Couple rumors spiraled when Vasquez failed to answer reporters’ questions about the extent of her relationship with her client coyly laughing and throwing her brunette waves over her shoulder.

However, the rumors have quieted since Vasquez was spotted at the Ritz-Carlton hotel in Virginia with her British boy toy on Thursday.

The pair was bombarded with interviews, photographers and fans as they headed to the airport. Owen seemed in good spirits as he took selfies with onlookers. Reporters tried to get in a question or two, but the lawyer moved on to her next destination as she got into a car.

Who is Edward Owen?

Owen is an England-based WeWork executive. He was educated at Cambridge where he earned a degree in history in 2005 and an MPhil in real estate in 2006.

He is also a member of the Royal Institution of Chartered Surveyors.

Owen currently works as the head of real estate for Europe, the Middle East and Asia for the co-working space company.

How did Camille Vasquez and Edward Owen meet?

The high-power couple met in November in London at the upscale gastropub The Cow, according to the Daily Mail.

“It’s quite a new relationship but Edward is smitten with her,” a source recently told the publication. “He has visited Camille in the US since this trial started and she plans to visit him in the UK as soon as the case is over.”

“It’s long-distance and they’re both high flyers in their respective careers, but they’re hoping to make it work,” the insider added.

Who is Camille Vasquez?

Vasquez is an associate at the high-profile law firm Brown Rudnick, which represented Depp in his defamation lawsuit against Heard. The native Spanish speaker is expected to be named partner since winning the highly publicized case, the Daily Mail reported.

Based in the Orange County, California, office, Vasquez specializes in litigation and arbitration, according to the firm’s website. Her focus is on plaintiff-side defamation cases — like the one Depp has brought against Heard over her 2018 Washington Post op-ed.

She was named as a “One to Watch” by The Best Lawyers in America for 2021-2022. The Post reported on Sunday that the native Spanish speaker has been inundated with offers from Hollywood and is currently at the center of a bidding war between law firms that want her on their legal teams.

Next post REPORT: Vince McMahon is behind Stephanie McMahon’s “leave of absence” from WWE